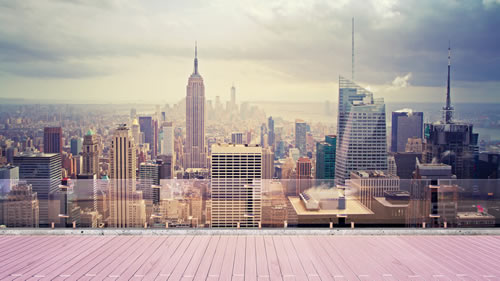 April 2021 has raised hopes for a stronger then expected economic recovery from the covid-19 pandemic however hopes of a quick economic recovery are being tested by a rampant covid surge in India that is breaking all records for highest single day case-loads. Positive economic data from US and China along with continued support from US Federal Reserve and strong vaccination campaign in the US is underpinning a solid platform for economic recovery.

In a positive development for the US economy, Global Rating Agency, Moody’s, has enhanced its outlook for the US economic growth whereby Moody’s now expects the US economic growth to accelerate further and post growth levels similar to those witnessed at the height of the post- World War II economic boom during 1950-1951. Moody’s expects the US economy to grow by 7% in 2021 and 5% in 2022 amidst an expected pickup in inflation and tight labor market conditions. Moody’s have also highlighted that they expect the first-rate hike from Federal Reserve to take place after 2023.

During April 2021, the US Federal Reserve committed to maintain its ultra-low interest rates and also threw its weight behind other monetary easing policies such as asset purchases even as the US economy showed signs of recovery from the economic crisis induced by covid-19. As was widely expected, the U.S. Central Bank, kept the benchmark federal funds rate in a range between 0% and 0.25%. The rates have remained at these levels since March 2020, when covid-19 forced an unprecedented shutdown of the world economies. Fed officials noted the progress being made out on the vaccination front along with the continuing strong policy support as key factors that are driving a strengthening in indicators of economic activity and employment in the US. During March 2021, employers added nearly 1 Million jobs which is a staggering increase when compared to average monthly job increase before the pandemic. Also, during April 2021, consumer confidence jumped to its highest level since the pandemic flattened the economy in March 2020. The Fed policy to keep rates low amid signs of economic recovery gaining momentum bodes well for economic growth in the US going forward.

In another sign of growing momentum of economic recovery post covid-19 pandemic, China reported strong trade numbers with its exports rising more than expected in April 2021 and imports climbing as well reflecting strong domestic and international demand and surging commodity prices. Exports grew 32.3% YoY in dollar terms in April 2021 while imports increased 43.1% YoY. With ongoing vaccination rollout around the world and particularly in key markets of the US, and gradual easing of economically painful lockdowns, demand for China's goods has been picking up gradually this year after having fallen off a cliff in 2020. Exports were boosted by demand for electronics and high-tech products, while China bought more integrated circuits amid U.S. sanctions and a global chip shortage. The growth in imports was also due to a surge in commodity prices, electronics and integrated circuits, which are then mostly turned around before being shipped abroad.

Covid-19 makes a comeback in India Posing Fresh Challenges for the World!

During April 2021, the covid-19 crisis roared its head again in the nation of 1 Billion people which remains a key market for the world economies. It is pertinent to note that during February 2021, India had gotten a strangle hold over the pandemic with daily cases falling by nearly 90% from the peak of the first wave witnessed in 2020. However, during April 2021, the country has faced the worst covid-19 outbreak recording new daily cases in excess of 400,000 per day, breaking records for the highest single day figure in the world making India the epicenter of covid-19 pandemic. Over the past month, the world has witnessed painful images of hospitals overflowing with patients over social media as people make desperate appeals for oxygen supplies. More than 220,000 people are reported to have died of the virus, although the true figure is likely much higher. The current covid crisis in India is critical as India is dubbed as the “pharmacy to the world” and its vaccine exports and donations are a critical component of the Covax initiative which is WHO’s global program to provide inoculations to low-income countries. Given that India’s vaccine supply lines for the world have all but dried up, it has left many countries scrambling to find alternative sources of vaccination. Given India’s growing strategic importance, the crisis risks not only the fledgling recovery in Asia’s third-largest economy but also tapers down hopes of a quick worldwide recovery from the virus. Some scientists have linked India's fresh wave to a more virulent strain, with the out-of-control outbreak in India providing opportunity for further mutations to evolve that could challenge the vaccines now being distributed from Europe to the U.S. The graph below shows the rapid rise witnessed in daily case load in India underscoring the challenge facing the world in face of a roaring more virulent strain.

The US Fed has noted in its Semi-Annual Financial Stability Report that investors in stock markets should take a cautionary approach to rising risks on the valuation front as asset prices in the stock market and elsewhere continue to rise and are posing increasing threats to the financial system. The Fed has further noted that the economic system has remained largely stable during the covid- 19 pandemic. In case the aggressive run on stock prices tails off, it can present a sizeable threat to investment returns. Investors have snapped up equities, corporate bonds and cryptocurrencies since the pandemic began amid expansionary monetary and fiscal policies from the US Fed. In particular, investors have poured billions into blank-check companies called SPACs and the financial market has remained brisk for traditional IPO offerings. It is pertinent to note that previously, the Fed Chairman had specifically downplayed the risk to equity valuations noting that as long as interest rates stay low, the valuations were justified. The Fed has now noted in their report that although asset prices in part continue to reflect the low levels of treasury yields, valuations for some assets appear elevated compared to historical norms and thus remain vulnerable to significant declines should risk appetite fall. Overall, the Fed has noted that the current state of the economic system remains sound with stable household balance sheets in good shape and corporations supported by an improving economy and low interest rates that have allowed default rates to fall. The graph below shows the rise in stock prices in last one year and underscores the risk factors being highlighted by the Fed.

The stock markets continued their volatile trend in April 2021. Aided by a succession of positive economic data and a healthy start to the corporate earnings season, stocks registered an initial rally in the beginning of April 2021. Stocks raced ahead in the first half of the month, lifted by multiple signs of economic recovery, including an impressive jobs report and a jump in retail sales. The accelerating pace of vaccinations helped investor sentiment in the U.S. However, overseas vaccine distribution continues to pose questions for an effective recovery. With 40% of S&P 500 index companies reporting results, the combined earnings per share (EPS) growth is now estimated to be 29.3%, well ahead of the 12.2% EPS growth rate that analysts had expected at the start of the year. Stocks mostly moved sideways in the second half of April, but they managed to hold onto the earlier gains, resulting in another year of gains for the investors. The S&P 500 Index registered a gain of 5.24% for April 2021 while the Nasdaq reported a monthly gain of 5.40% as shown in the figure below which contains results for Russell 1000 index and the 10-year treasury yield performance as well.