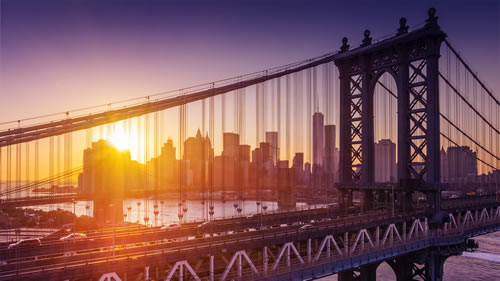 Continuing on with the momentum in the first month of 2021, February 2021 has proved to be another volatile month for the world economy and financial markets.

Markets were impacted significantly by the selloff in technology stocks following biggest monthly surges in long term bond yields since 2016. Meanwhile, Legendary investor, Warren Buffet has backed the prospects of a U.S. economic resurgence in the face of the pandemic. Bitcoin prices remain as volatile as ever amidst a record surge while the oil prices continue to smash expectations clocking US$ 67 per barrel during February 2021. Interesting times ahead as we move into March!

Warren Buffet backs U.S. Economy’s Potential to Bounce Back from the Pandemic!

Warren Buffet; commonly known as the “Oracle of Omaha”; has put his firm weight behind the potential for an economic recovery. In his annual letter to the Berkshire shareholders, Buffet has noted that despite some severe interruptions, America’s economic progress over the years has remained breathtaking and he is not willing to bet against American economy in the face of the pandemic. On the topic of investing and given the historic-low interest rates around the world, Buffet remains skeptical of investing in bond markets. Although, Buffet’s investment vehicle; Berkshire Hathaway; continues to sit on piles of cash amounting to circa US$ 138 Billion as of Dec 2020, Buffet has initiated a few bargain-hunting investments during 2020 through acquiring sizeable positions in Chevron which is a classic value play, while also adding Verizon as well as a handful of drug stocks to his investment portfolio. Apple Inc. still remains the biggest stock investment of Berkshire’s portfolio and played an important role offsetting the pandemic damage done to Berkshire’s investments in railroad and insurance business in 2020.

Bitcoin is the upstart cryptocurrency that intends to become a medium of transactions as well as a store of value for investors. Bitcoin has continued to increase in value during 2021 as major firms including BlackRock Asset Management, BNY Mellon, and credit card giant Mastercard backed cryptocurrencies, while others such as Tesla Inc Square Inc and MicroStrategy Inc invested in bitcoin. Ride sharing company Uber have also highlighted their willingness to consider accepting bitcoin as payment currency. These announcements have increased confidence that Bitcoin can become a mainstream investment and payments vehicle of value. However, concerns remain around the energy consumed in mining (harvesting) of bitcoins with a report published by Cambridge University claiming that the energy used to harvest Bitcoin has soared to a point where its annual carbon footprint is equivalent to or more than several countries including Argentina and Norway, according to an analysis published by Cambridge University. Accordingly, Bitcoin remains a highly volatile asset whereby since recording an all-time high of US$ 58,354.14 on 21st Feb 2021, Bitcoin has dropped by circa 25.6% as of end Feb 2021 to record US$ 43,418 noting that on the last trading session in February 2021 alone, Bitcoin fell by circa 5.84%.

During February 2021, China’s economic recovery exhibited signs of weakening as factories were shut due to the Lunar New Year holidays in China. Additionally, covid-19 related restrictions dampened activity across a usually busy travel season. As per China’s National Bureau of Statistics, the officially reported manufacturing Purchasing Managers’ Index (PMI) fell to a 9-month low of 50.6 points from 51.3 points in January 2021 as export orders plunged. The non-manufacturing gauge, which reflects activity in the construction and services sectors, declined to 51.4 points as compared with a median Bloomberg estimate of 52 points. The composite PMI index dropped to 51.6 points in February 2021 which is the lowest level since China emerged from covid-19 related lockdowns a year ago. It is pertinent to note that despite the seasonal slump in activity, the PMIs remain above the 50 points mark which indicates output is still expanding albeit at a slower pace. The employment indexes for manufacturing and non-manufacturing sectors remained below 50 points in Feb 2021 which indicated jobs are still being lost as a continued aftermath of the pandemic. This mixed data from China has dampened the short-term economic outlook prospects. However, given the seasonal nature of the decline and the increased vaccination roll out worldwide, it is expected that economic data across China and other major world economies will gradually improve during 2021.

Oil Resurgence Continues as Prices Cross US$ 67 per barrel!

After trading just above US$ 67 per barrel, Brent oil prices closed at US$ 66.15 per barrel. While there remains sufficient potential for new oil supply on the market from OPEC+, banking analysts remain very bullish about further increases in oil prices and are beginning to talk about Brent prices reaching US$ 100 per barrel again. Both Brent and WTI reported gains of about 20% during February 2021 as markets have grappled with supply disruptions in the United States due to Texas Winter Storms while optimism has increased for demand to improve with increasing vaccine rollouts. A big reason for these forecasts is the slump in U.S. oil production caused by the winter storms in Texas which has disrupted the local oil industry earlier this month. It is noteworthy that this oil freeze in Texas was even greater than the production decline prompted by initial lockdowns due to covid-19 pandemic in 2020 and it will take a while to recover the oil production in Texas to Jan 2021 levels. On the other hand, long term demand side forecast have also been improving steadily in key markets (most notably in China) given the improving vaccine roll out wide and the optimism about an eventual recovery from the pandemic.

With rising Treasury Yields Stock Markets Are Facing their Biggest Challenge in over a Year!

February turned out to be a frenetic month for stock investors with benchmark bond yields, represented by the 10-year treasury yields rising to 1.433% registering its biggest monthly surges since at least 2016. This has served as a reminder to financial markets that bonds with their rising yields can wreak havoc on the stock markets. The Dow Jones Industrial Average dropped by -1.50% to 30,863.07 and S&P 500 index with 0.48% to 3,808.40 on the last trading day in February ( 26th Feb 2021) to barely hold above their 50-day moving averages. Yet, despite all the noise about rising and hotter than expected yields, stocks reported monthly gains during February 2021. For the month, the Dow finished up 3.2% and the S&P 500 notched a 2.6% gain in February 2021 while the Nasdaq eked out a 0.9% return despite recording a 4.9% weekly loss towards the end of February that marked the worst weekly slide since Oct 2020. As is evident from the monthly performance, the selloff in technology-heavy Nasdaq Composite was the most pronounced. In terms of top performing sectors in February 2021, energy logged a 21.5% gain as crude oil prices rose, while financial sector stocks rose 11.4% during the month, booking the best and second-best monthly performances. March is expected to be another turbulent month whereby analysts at Stock Trader’s Almanac expect further consolidation in March 2021 but expect the market to find support shortly and subsequently challenge the recent highs again given the excess liquidity still prevailing in the market and the expected passage of Biden administration’s US$ 1.9 Trillion stimulus package by the US Senate in March 2021.